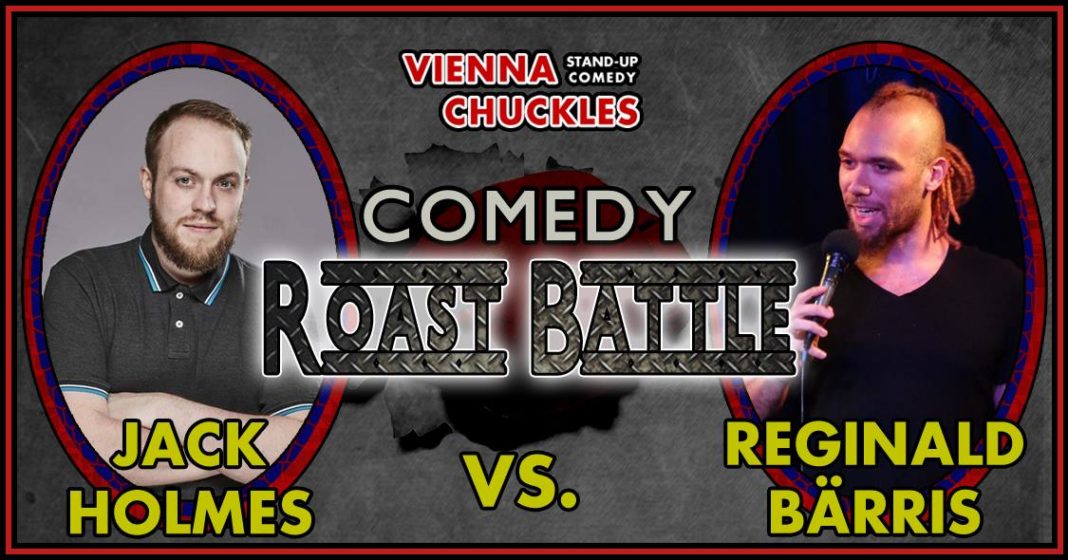 „Comedy Roast Battle is a very special type of comedy show, where 2 comedians go head-to-head in cutthroat competition! Modeled after Comedy Central’s „Roast Battle“ and „Roastmasters“ in NYC, the battlers take turns slinging a slew of viciously funny jokes at each other’s expense. Good-natured insult comedy at it’s finest, things are going to get raw and personal–but don’t worry, the audience is safe from the danger zone!

Tonight’s battlers are international comedians Jack Holmes and Reginald Bärris Comedy! Both staples of the Vienna comedy scene and gaining momentum across Europe, and they’ll each be bringing their quick wit and sharp tongues as they compete for Alpha Comic status! Real life best friends, Jack and Regi are the Thelma and Louise of the Vienna comedy scene, but don’t let that friendship fool you they’ll be out for blood the moment they take to the stage. And their close friendship only means they know each others secrets and weaknesses, giving them all the material they need for a brutally hilarious Comedy Roast Battle!

The frist half of the show will be a standard stand-up comedy show to let you get to know the battlers. After a short intermission, the battle begins in the second half–3 rounds of no holds barred roasting! The battle will be refereed by the ever-energetic Luke Hacker, and a haldful of other local comedians will be standing ringside to judge the battle. This is going to be Ali vs. Foreman, Tyson vs. Holifield, and Mayweather vs. McGregor all rolled into one! Don’t miss Vienna’s FIRST EVER Comedy Roast Battle! 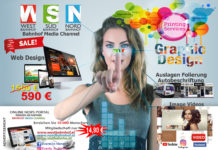